Unlike other professional athletes, competitors in the Professional Rodeo Cowboys Association do not have guaranteed contracts.

To earn money cowboys and cowgirls must compete, even if injured.

That's where the Justin SportsMedicine Team comes in.

The team treats cowboys across the country, including bull fighter Dustin Koniq, a competitor at the 56th PRCA Ram Rodeo at the Colorado State Fair.

Konig has a nagging neck injury that he has been treated for by the Justin team led by program manager and athletic trainer Doug Olle.

A Colorado State University-Pueblo student-athlete with Jamaican roots has his sights set on the 2020 Olympics in Tokyo, but for now is excelling both in the classroom and on the track, which has brought him a significant amount of academic and athletic scholarships.

As a high school senior, Derrick Williams was offered his first college scholarship by current CSU-Pueblo track Coach Matt Morris to run track at Carroll College, where Morris was head coach. When Morris took the head job at CSU-Pueblo, Williams followed, but at a cost. As an out-of-state student from Montana, Williams' tuition and fees would be nearly one and a half times that of a Colorado resident, or about $16,800 a year.

Two sports medicine orthopedic surgeons in Pueblo are passionate about their craft and understand firsthand the bumps and bruises that come in the heat of competition.

As a Division I college soccer player at the University of New Mexico, FitzPatrick was quickly introduced to orthopedics and sports medicine when she tore her anterior cruciate ligament. 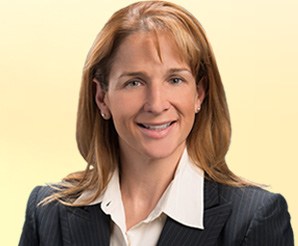